The recession is changing a lot of the things that we see, the things that we want, and the things that we have to have. As the holiday season approaches, the pressure is going to be on to spend money, but many people across the country are realizing that they don’t have to spend as much. Even the toy campaigns are scaling back as parents are starting not to give into every little want that their children are coming up with. It’s something that was bound to happen eventually, but we’re definitely glad that it’s happening now. You deserve to have a budget that covers the things that you want without going over. But how do you balance your wants, your kid’s wants, and all of the people on your holiday list?

That’s easy — you plan ahead, you plan smart, and you turn to…layaway?

That’s right. Layaway. It’s a concept that isn’t new — Kmart’s offered it for years, and Sears has as well. However, since that combined company has been circling the drain for a few years, it’s not like anybody’s really paid attention to layaway. Not to mention that it hasn’t been trendy to admit that you have to put things away on layaway. Surely you want to make sure that you can afford the things that you really got to have in life, right?

Well, yes and no. Most material things aren’t things that we need; they’re things that we want. Wal-Mart is actually jumping into the layaway game right away this year by actually offering it to their customers for the Christmas season this year. If it’s really as successful as we’re predicting, you can bet on WM offering this service item and time again, as they want to do it to get more people to spend money.

There are always going to be some restrictions. In the case of Wal-Mart, it’s limited only to the Toys, Jewelry, and Electronics departments. The big stuff. The expensive stuff. Everything has to be $15 or more for individual items. There are other guidelines that are posted as well, so if you’re interested you’ll need to check out Wal-Mart.

The layaway concept is making a comeback in financial circles, and it’s something that’s definitely a sign of our times. However, you really don’t need to go with layaway if you can manage your own money — having control over where your money goes is much better than whether or not you’re going to be able to get something in time for a specific holiday. The holiday season is what you want it to be, and if you’re thinking about it with an eye on your financial blueprint, it should always be done in such a way that doesn’t add any extra debt to your bottom line. If that means that everyone only receives one gift, so be it. You will want to amok sure that you at least focus on staying out of debt, even though it won’t be easy. Although people are beginning to come out of the holiday fog and not spend everything they have, there is still a lot of social pressure to “eat, drink, and be merry” at any cost, something that has cost us a lot more than we realize. It becomes a burden for many families to deal with, and that’s not a good thing at all.

Everyone needs to find their comfort zone. Crunch the numbers. Look around and make sure that you’re actually getting to spend your money, on your terms. That’s going to be the real key to getting things done. The last thing that you want to do is find that you can’t enjoy the holiday season.

It’s not cool to talk about saving money during such a festive time, but come January, you’re going to be glad that someone was giving you the voice of reason — especially when the debts begin piling up. Spending beyond your means or even when things would be tight in other areas is something that you don’t have to do. Nobody is forcing you, and even if people don’t approve of your new savings measures, who cares? It’s your money — are they going to pay for your debts? Probably not. That’s why it’s smarter to just save up by joining a Christmas club where you put away your money month after month, or that you use layaway to pay off things in installments until they become yours free and clear. The nice part about the layaway process is that the inventory is actually on hold for you. Either way, we hope that you will build an action plan that makes sense for you and your budget, one that leads you to your goals, and one that makes you as happy as you can possibly be! Start now! 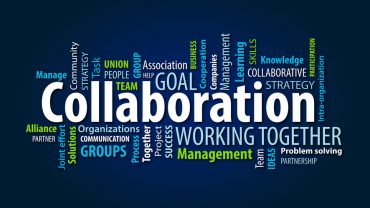