Just look at the bank manager in front of you as you present your business plan – you don’t know why, but you can tell by their uneasy glare that you’re not getting any extra cash from their moneyed vaults.

It’s been like this for a while. With the financial world still recovering from a meltdown, banks are a little wary about handing out money to what might be seen as a risky proposition, or to the business that might not be able to pay it back.

But, as a business owner, it leaves you in a tricky position – if you don’t get money then you might not be able to sustain your company.

This reticence from the banks has led to a gap in the market which alternative lenders have jumped in to fill. Now, alternative lending ideas have become firmly rooted in the finance industry, providing businesses with different avenues to travel down should the bank manager run for the hills.

So, what unexpected roads can you travel down to fund your business?

Allowing you to sell your unpaid invoices in return for money, you could think of invoice discounting as the ideal way to get rid of “bad debt” and replace it with a quick injection of cash.

Essentially, invoice discounting works not unlike factoring, where you give your invoices to a company, who will then pay you a large portion of the invoice value back, generally at a ballpark rate of 80 per cent.

Where it differs from factoring is that, as the customers pay back their invoices, the amount available will be advanced to keep the maximum drawdown at 80 per cent of the sales ledger.

While it’s an option that’s only really available to more established companies, it provides a sound alternative to a traditional bank loan.

Although crowd funding for creative types such as filmmakers, musicians and games developers has been in vogue for the past few years, a new player is entering the crowd funding market – that of equity crowd funding.

A more business oriented version of the traditional crowd funding market, this smart cash flow opportunity allows companies to give away a set amount of equity in return for a slice of investment capital to members of the general public.

It’s yet another sign of the current wave of internet success that businesses are being lured by, with reputable financial website Credit Today reporting that 63 per cent of 300 SMEs surveyed claiming that they would seriously consider using crowd funding to aid their enterprise.

Over 53 per cent of those questioned also said that they were unconfident in getting a bank loan, making the crowd funding market ever more appealing. 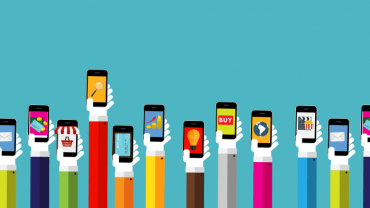